Due to India’s rising number of COVID-19 cases the Australian government has decided to stop all flights in from India.

A former hole in the system allowed Australian citizens to return home from India while evading travel restrictions. After this fact became well known the government has since decided to close this loophole and ban all flights from India.

Despite this Qatar Airways has announced that it would still be possible for passengers to travel from India to Australia, through Doha. According to the airline, all that would be needed is the relevant documents and a negative test result for COVID-19, taken 48 hours prior to arriving in Doha.

Any passengers seen coming to Australia beyond these means have been threatened with a prison sentence or a $66,000 dollar fine. This will be the first time in Australian history that law would prevent citizens from returning home. This law will have already come into effect and will be reviewed on May 15th.

The Labor front bencher Tanya Plibersek has acknowledged the need for this law. Plibersek blames the countries failing hotel quarantine system for this but still thinks it is currently necessary.

“What we’re talking about is way too late,” said Plibersek. ““This just shows that if Scott Morrison had properly got his act together a year ago, when he was told that we needed several quarantine facilities, imagine how different things would be now.”

Two cricketers from Australia did manage to return on a flight from Doha without and special permission or exemptions. According to Morrison, this issue has now been dealt with.

“It’s one that became apparent to us on Wednesday, and it was closed off at 7 o’clock Wednesday evening, that flight the cricketers were on managed to get away just before that,” he said. “We’ve directly dealt with the airlines in Qatar, so those transit passengers the airlines advise us are no longer coming through from Doha.

Morrison is going to propose further action in the form of the Biosecurity act. This law would allow the government to take measures that it deems necessary to prevent the spread of COVID-19, in order to ensure the continued well-being of Australians.

“It came to our attention, we acted, we had it changed on Wednesday night and we’ll be taking more action there, regarding transit passengers today and I’ll be speaking to the Premiers about that when we meet at National Cabinet,” he said

Currently, about 9,000 Australians are stranded in India, more than 600 of these are considered vulnerable to the virus. The Shadow Defence Minister Richard Marles also shares the opinion that more of these stranded Australians could return home if the hotel quarantine system were fixed.

Quarantine is the government’s job. The federal government’s job,” Marles told Channel Nine. “And they have had advice from the middle of last year that they should have purpose-built facilities to deal with quarantine.”

Despite the government’s best efforts, the current system for dealing with Coronavirus in Australia is failing. As for the people stranded in India, there is still one option to come home after proof of health is obtained. Maybe once the issues with the hotel quarantine system are fixed more Australians will be able to come home safely. 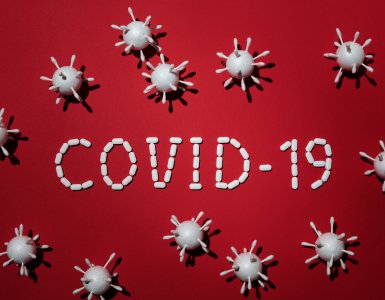 Within the past week, at least six Australians returned home uninfected only to acquire the coronavirus while undergoing quarantine in hotels in Sydney and Perth. West Australian Premier Mark McGowan has ruled out the...